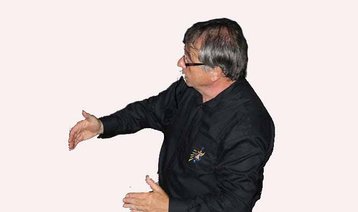 He was born in Paris in 1950. He grew up in a family where music had taken a great place from generation to generation..

When he was 8 years old, he entered  the "Manécanterie des Petits Chanteurs de l'Hötel de Mayenne" in Paris and then sang with "les Petits Chanteurs à la Croix de Bois". They were conducted by Mgr Maillet. He stayed in those choirs until 1963.

Later he became a bariton singer in the "Chœurs Bach" in Paris, until 1968.

In 1969, he arrived in Brittany where he sang in several breton choirs, especially in Lorient. When he was 24 years old, he started as a conductor with one of those choirs, the "Chorale Ste Cécile".

In 1977, he took part in the creation of a breton-singing mixed choir : the "Kanerien an Oriant". He has conducted it until 1997.

He began the adventure with the "Mouezh Paotred Breizh" in 1993. He was asked to create a male voice choir by "The World Choir", association in order to represent Brittany at a gathering in Atlanta (USA). Back home they decided to perpetuate the continued existence of the group. Then they chose their official name : the "Mouezh Paotred Breizh". They appeared in lots of concerts in France an abroad. They are regarded as a reference among the breton-singing choirs.

He is co-founder of the Breton Choirs Federation "Kanomp Breizh". He is also a composer and an harmonizer. He trains young conductors too. 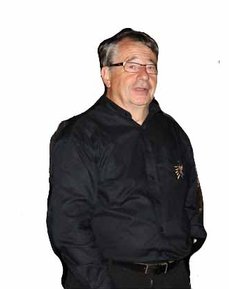